Posted by Arem, Nick's Son on August 13, 2016
Posted in: Uncategorized. Leave a Comment
From my friend Abel Basti, who kindly shared this, oh my a week ago. Sorry, bonkers ‘round ‘ere!
Oh God the video won’t show.
OK GO HERE TO WATCH
S O R R Y !
Also please note that the following was translated to what you see here by the built-in translator of Google Chrome.
### the video would have been here.

More than 70 years after the end of World War II, still coming to light documents, testimonies, photographs and footage never seen the greatest war in history. Just this week revealed the existence in Russia of a series of daily records of the daily life of Heinrich Himmler , the head of the SS and arm of extermination programs of the Third Reich.

However, countless works, records and files of the war continue without giving a proof of the death of Adolf Hitler , paying all sorts of theories regarding the possible flight of the dictator. This new version of the story, which germinated at the time of the fall of Berlin at the hands of the Red Army in April 1945, gained strong momentum in recent years, with the help of local authors like Abel Basti.

The official version says that Hitler killed himself with his partner, Eva Braun, hours after getting married in the bunker of the Chancellery in Berlin, surrounded by the Soviets. The story about the suicide of Hitler couple emerged from an investigation by the English Hugh Trevor-Roper, an intelligence agent who interrogated the Fuehrer’s entourage, concluding that this had ended his life by shooting himself in the head. Meanwhile, Eva Braun had swallowed a cyanide capsule. In the same vein Michael Musmanno, American judge who participated in the Nuremberg process was expressed.Musmanno also interviewed Hitler’s inner circle and arrived at the same conclusions as Trevor Roper. From these sources they drank researchers on the war and the Third Reich.

Beyond oral testimonies, which may be questionable, the wily Josef Stalin sowed confusion by claiming that Hitler had escaped “to Spain or Argentina,” although supposedly the Soviets had the remains of the Nazi dictator. The twists and turns of the Russians with over the years, showing alleged parts of the skull of Hitler, which ultimately were not such, putting more darkness ended the matter. 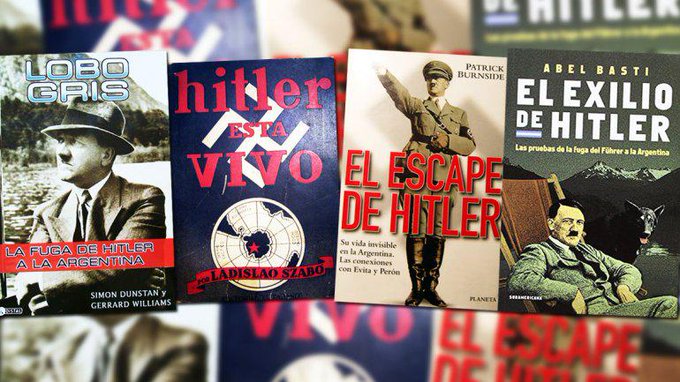 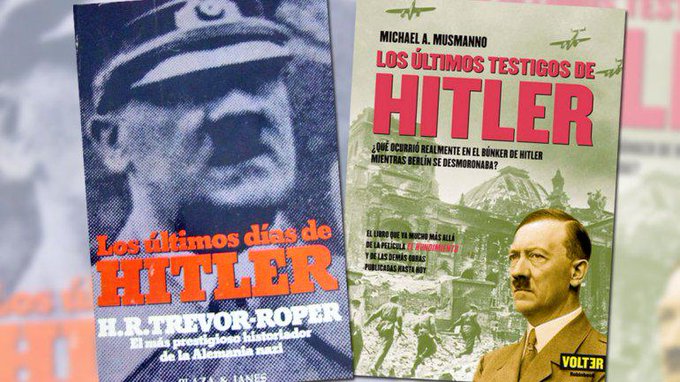 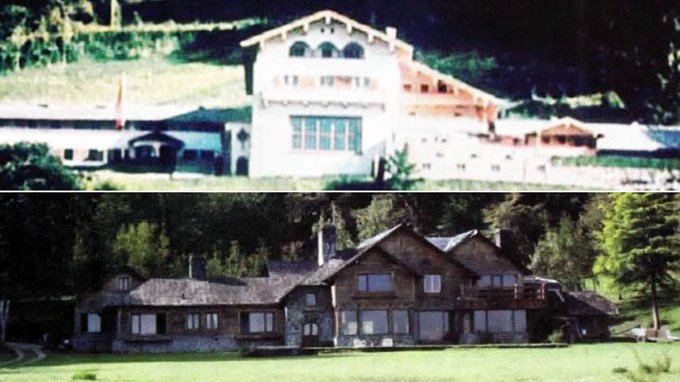 Hitler in Argentina
Researchers believe that Hitler escaped from Berlin disagree how did -Plane or submarine, but generally agree that the final destination of the trip was the Argentina . They also agree that the “Austrian corporal” lived in the south of the country and for some years he did in the residence Inalco , a complex located near Villa La Angostura, about 80 kilometers north of Bariloche.

Inalco the building complex was built in 1943 – two years before the end of the war by renowned architect Alejandro Bustillo, designer, among others, Llao Llao Hotel and the Provincial Hotel of Mar del Plata. There are several striking facts about Inalco. Its construction took about four million current dollars, was set in a remote and inaccessible location and is strikingly similar to the Berghof , the rest house that Hitler had in the mountain area of Obersalzberg in the Bavarian Alps.

Inalco accesses at the time that Hitler would have lived there were very difficult. The only land route was a mountain track and no bridges to cross the river Correntoso. In this way, the easier for the residents enter and leave road was Lake Nahuel Huapi. This limited the possibilities of a boat or seaplane.These options do little more than feed suspicions that Inalco was built there and in that way to avoid prying eyes and to monitor the safety of the place.

The complex, which is near the border with Chile, has over 450 hectares five kilometers of coastline on the lake. In its heyday it had a main villa with a large living room with fireplace and large windows that allow appreciate the stunning scenery formed by the Nahuel Huapi and mountains. He also had a square with a stone fountain and complementary units such as a stable, designed to self- sufficiency. This can be seen in the path the drone of Infobae made by facilities that have hosted the fallen dictator of Nazi Germany. The old property also had a small hangar for seaplanes and sites that appear to have been intended to monitor the complex.

According rebuilt Basti in one of his books about Hitler, the land originally belonged to the Italian Primo Capraro and Federico Baratta. In the 40s, Enrique Garcia Merou, a nearby lawyer Juan Domingo Peron, acquired the land and ordered the construction Inalco. In his research, he concluded that Garcia Merou Basti was a figurehead of German capital and Inalco was administered several years by the Peronist businessman Jorge Antonio. Evenhe claimed that Peron himself stayed in the home that sheltered Hitler .

Over the years, the buildings were abandoned and 70 were bought by the banker José Rafael Trozzo. Two decades later, a foundation leased the site to be earmarked for trips of a German school in Villa Ballester. In order to grant, and well into 2000, Inalco returned to be uninhabited. The last thing you knew about Inalco is an international real estate company that offered the “Hitler house” for sale, pricing the huge complex in more than 20 million euros.

And that is that.

I want to buy it.

Can’t quite swing it.

And what do YOU think, eh? Cancel reply